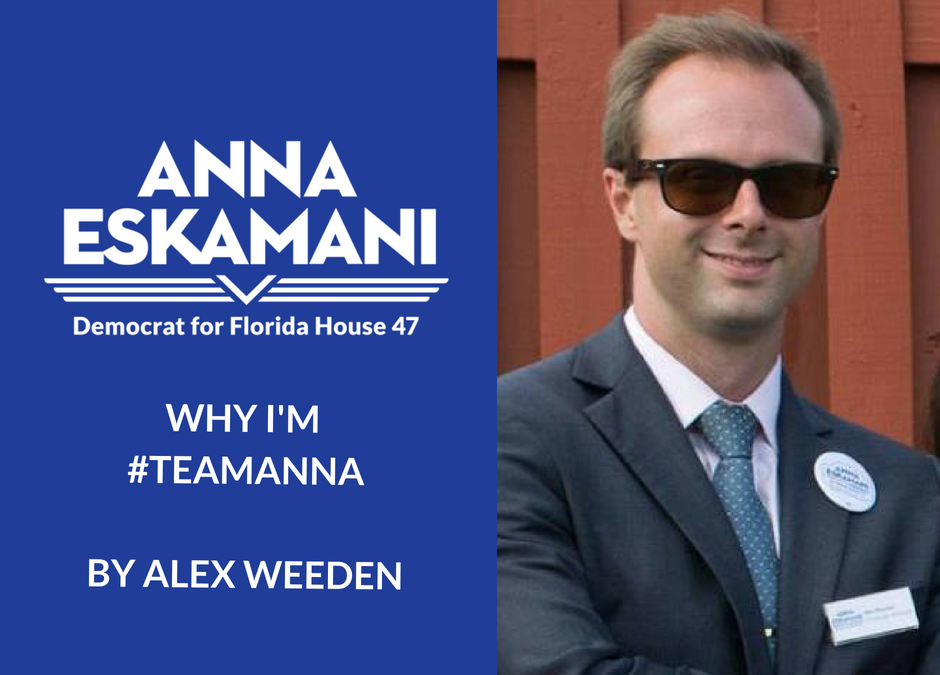 I’m going to have to start this story with the 2016 election. Like many of those reading this probably were, I was shocked and appalled at the results. Having gone to Pennsylvania to work day and night to defeat that man, I was saddened, not just about Trump having power, but what got him there – all the millions of Americans, who saw his racism, misogyny, and baseness, and thought, “yeah, he’s my guy.” 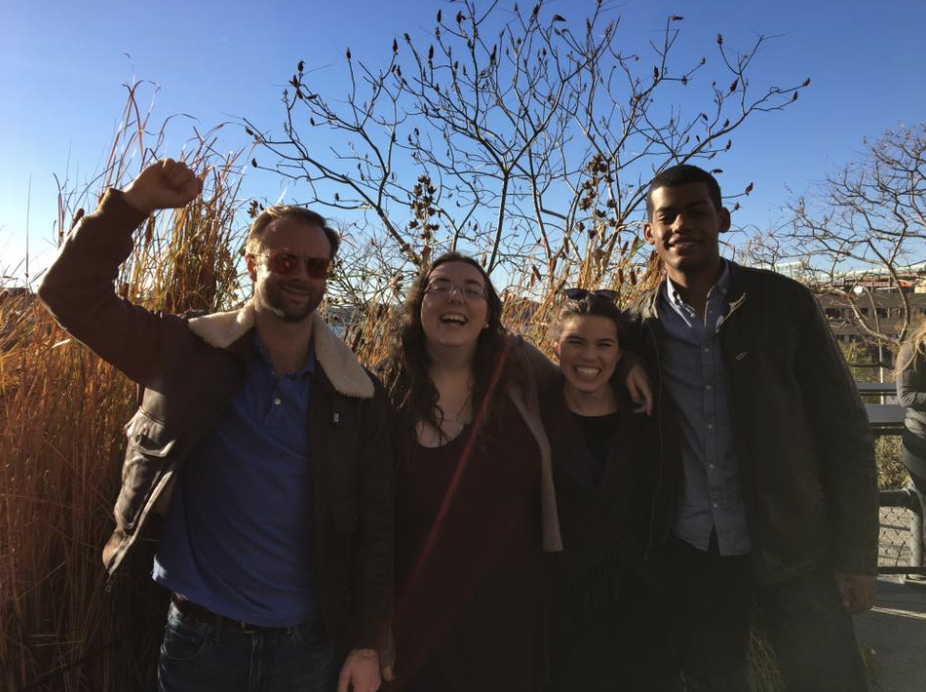 With some of my Pennsylvania team, five days after the 2016 election, ready for the next fight.

That created in a me a deep sense of alienation. In January 2017, after visiting friends in DC, I went to see the Lincoln Memorial. To me, this is a sacred space devoted to one of our greatest Presidents – the man who did not rest until slavery was destroyed. It is a space from which Marion Anderson sang and Martin Luther King dreamed. And when I got there, I could barely see those stately columns and the serene figure within – they were erecting the scaffolding for Trump’s inauguration. The whole area was pierced with the hammering of metal beams, and that sacred space felt utterly violated. So I left there, and under a deadened gray sky, in a frozen drizzle, and across the frozen gray river – January in DC, remember – I walked over to Arlington National Cemetery. I walked the slippery path to JFK’s grave, and its eternal flame. And while there, I thought of a poem about the death of King Arthur, in which his last living knight says, “And I, the last, go forth companionless…Among new men, strange faces, other minds.” That “other minds” part kept coming back to me day after day, because I could not understand the mindset of someone who would be okay with the man who was about to become President. I’ve never felt more alone in my life.

As bad as it was, I knew that I had to keep working for a better country, I couldn’t not, especially now. But without President Obama in the capital to veto every irrational and dangerous bill the Republican congress passes, I think that we have to look to our hometowns and our neighborhoods, and build from there, and accept the fact that it’s going to be a long road back to progress.

That’s why, after more than a decade away, I came back home to Orlando.

Shortly after returning, Trump instituted his Muslim travel ban, and within 48 hours, a protest was organized at our airport. Over a thousand of us showed up. And we were loud, and righteously angry, and we had that entire terminal echoing with our resolve. That was the first time since the 2016 election that I felt like we had a chance at preserving what this country was supposed to stand for.

That demonstration was organized by a group of local leaders, including Anna Eskamani. I met her later, after everyone I reached out to said that I needed to talk to her. We met, and I was so impressed by her irrepressible energy, inherent values, and an uncompromising need to help the people of our community. She asked me to manage her campaign, and I could not say no. 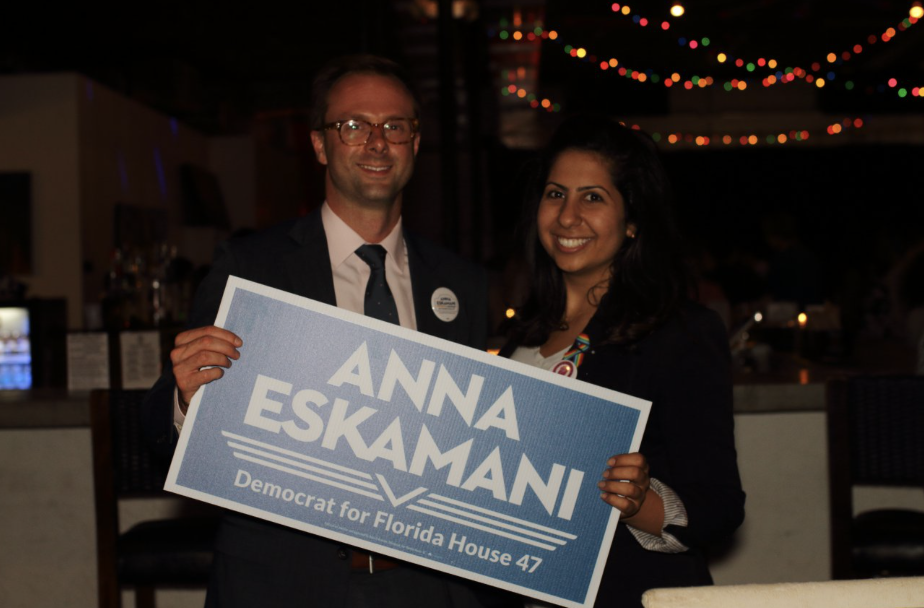 With the candidate, some time after not being able to say no.

Since that meeting with Anna over a year ago, we’ve raised more than $270,000 and knocked on over 11,000 doors. And, in great juxtaposition to that colorless, solitary January day in our capital, we have built a campaign comprised of a stalwart staff, dozens of past and present interns learning how to fight this battle and many to come, and (as of this publishing) over 250 of our fellow Central Floridians who have come out and volunteered with us!

But we’ve got to sustain that energy, we have to find every potential supporter we can, and make sure that they go out and vote for Anna. By far the best way to leave the most positive and most lasting impression on a voter is through a face-to-face conversation. That’s why we knock doors every weekend, and that’s why we need everyone who is reading this and is able, to knock those doors with us, find those supporters, and make sure that Anna has the chance to fight for us in Tallahassee! 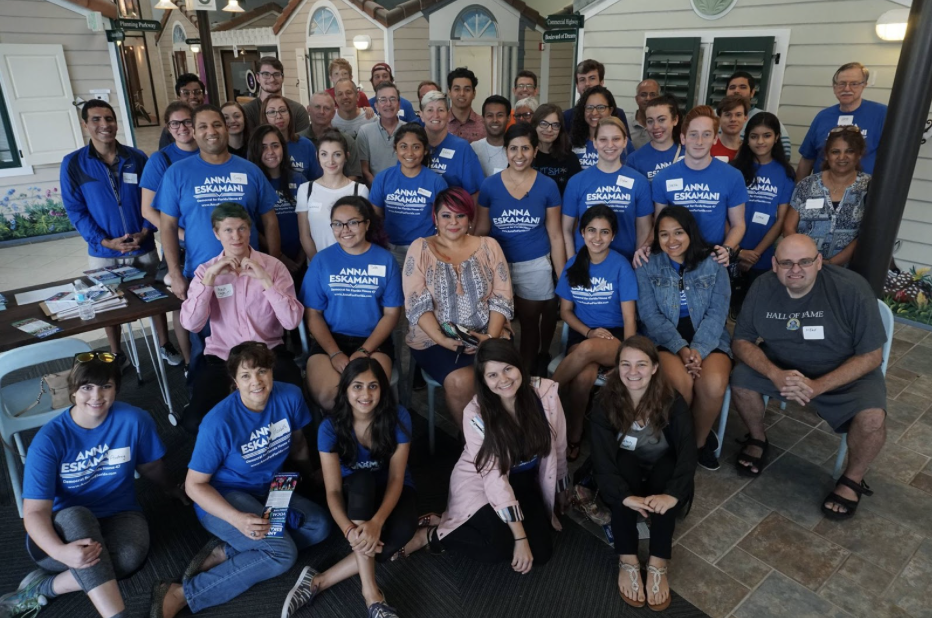 Our September, 2017 canvass kick-off, amongst staff, interns, and the seed of our volunteer army.