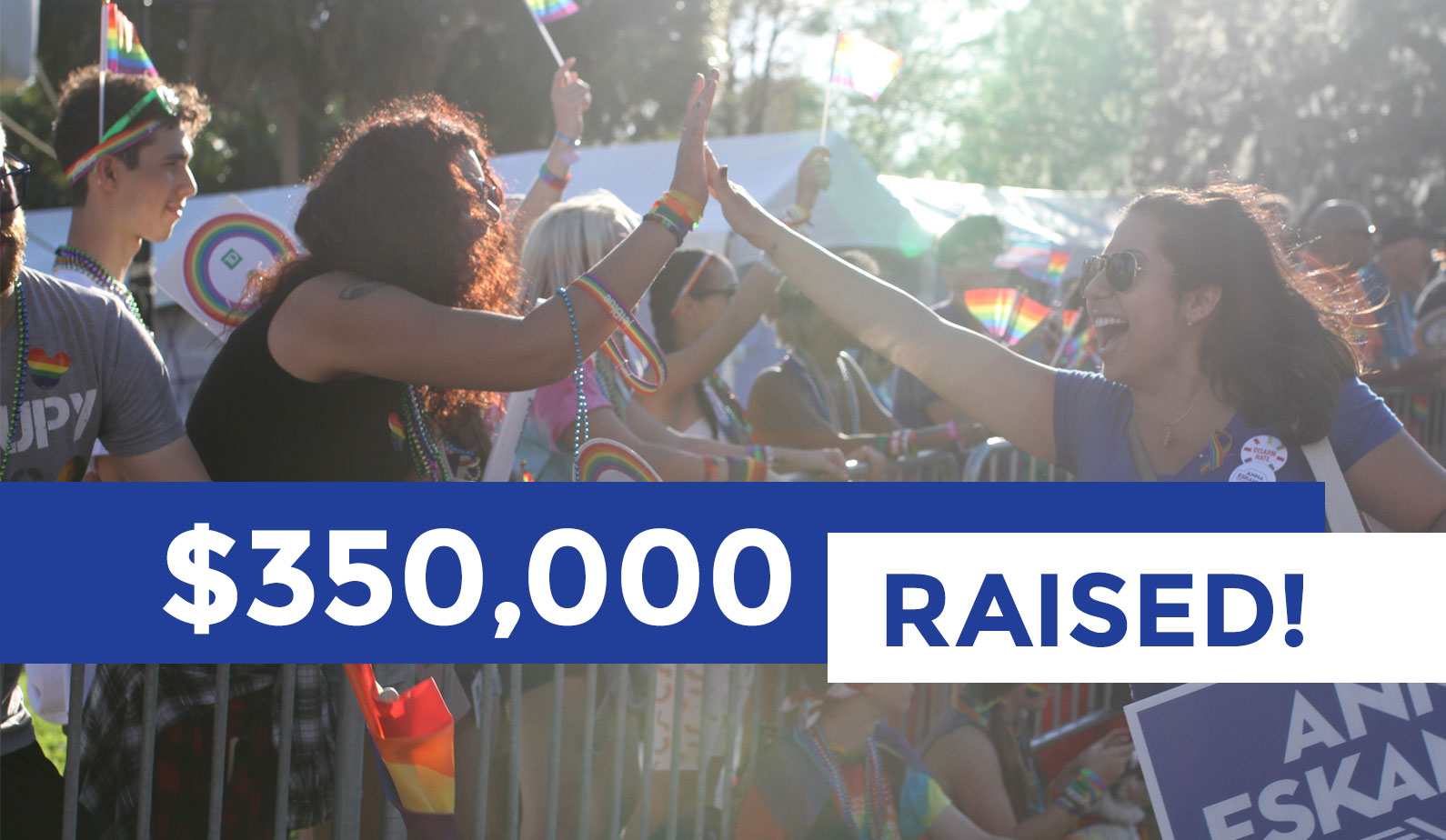 Orlando, FL– Today Anna V. Eskamani announced a major milestone for her campaign: The first time candidate and 28 year old for the Florida House has raised more than $350,000 from 2,200+ individual donations.

This total includes money raised through her Political Committee, People Power for Florida. It does not include in-kind contributions, and Anna has made no personal loans to her campaign.

“I never thought I would run for office one day,” said Anna. “My drive to hold politicians accountable and fight for Florida families is grounded in my lived experiences and the personal loss of my Mom when I was thirteen years old. I want to build a state where no kid loses their parent, and no parent loses their kid. This is personal for me, and I am honored to be paving the way for the next generation of leaders in Florida.”

This Saturday Anna and her team will be hosting a #60DaysOut Day of Action, to knock on doors across House District 47. Her staff and team of over 300 volunteers have already knocked on more than 18,000 doors– this includes doors in every precinct too.

“I want to be clear: We expect Iran to compensate these families," Trudeau told reporters at a news conference in Ottawa. "But I have met them (the families). They can't wait weeks. They need support now." #IranPlaneCrash https://www.cnn.com/2020/01/17/americas/canada-trudeau-plane-crash-iran/index.html

@AnnaForFlorida @RepValDemings My state house rep and my US rep. I sleep better each night knowing you two are representing all of us!! 💙🌈