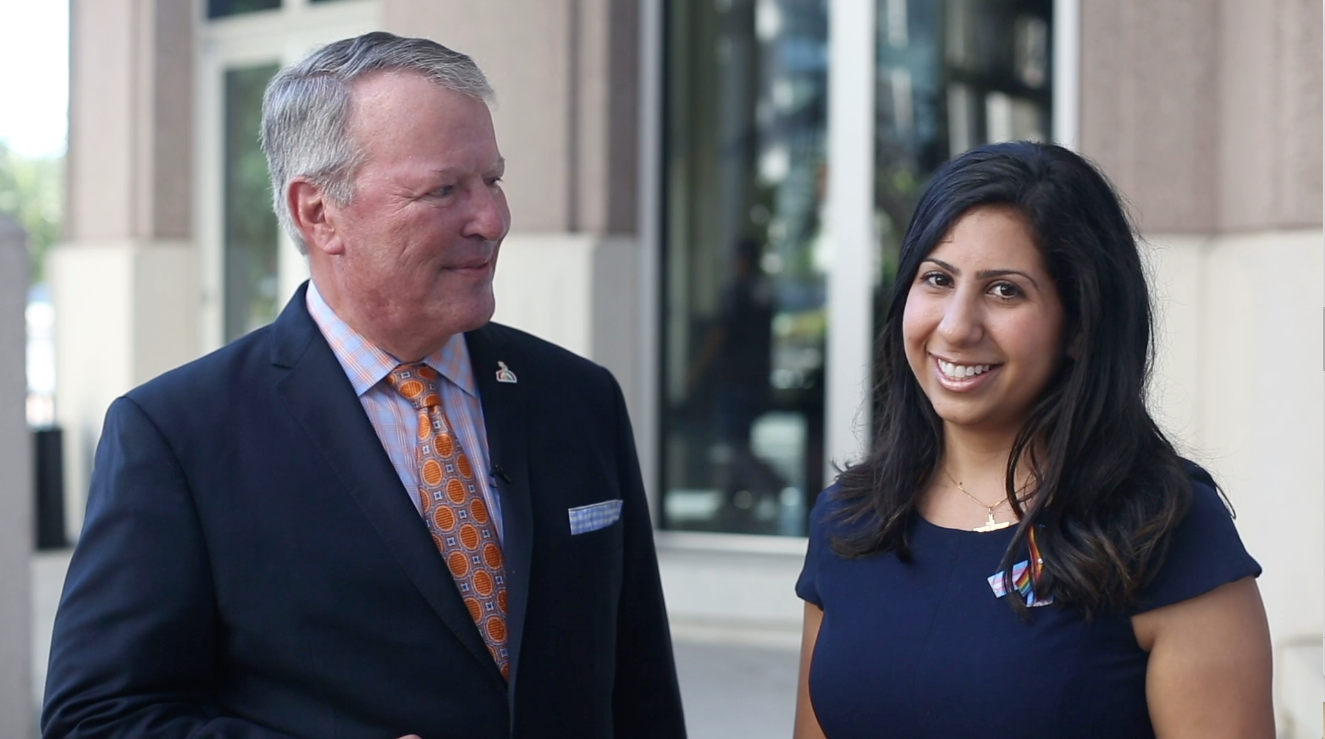 To celebrate the one year mark of this endorsement, Team Anna Released a Short Video with Mayor Dyer

Mayor Dyer and Eskamani hosted a press conference together on the steps of City Hall, with the Mayor stating, “Anna has a proven track record in building consensus while fighting unapologetically for Democratic values that impact us all. She is a strong communicator, and her ability to articulate a progressive message that speaks to hardworking families and business owners is critical to both winning elections and leading real meaningful change.”

One year later, the two marked this endorsement with a short video that you can watch here.

“I am honored to have the support of Orlando Mayor Buddy Dyer,” said Anna. “Our government from Washington DC to Tallahassee has become an embarrassment because too many politicians care more about special interests then the people they serve or the cities they live in. I have committed the last ten years of my life to service, and cannot wait to be the next Representative for Florida State House District 47.”