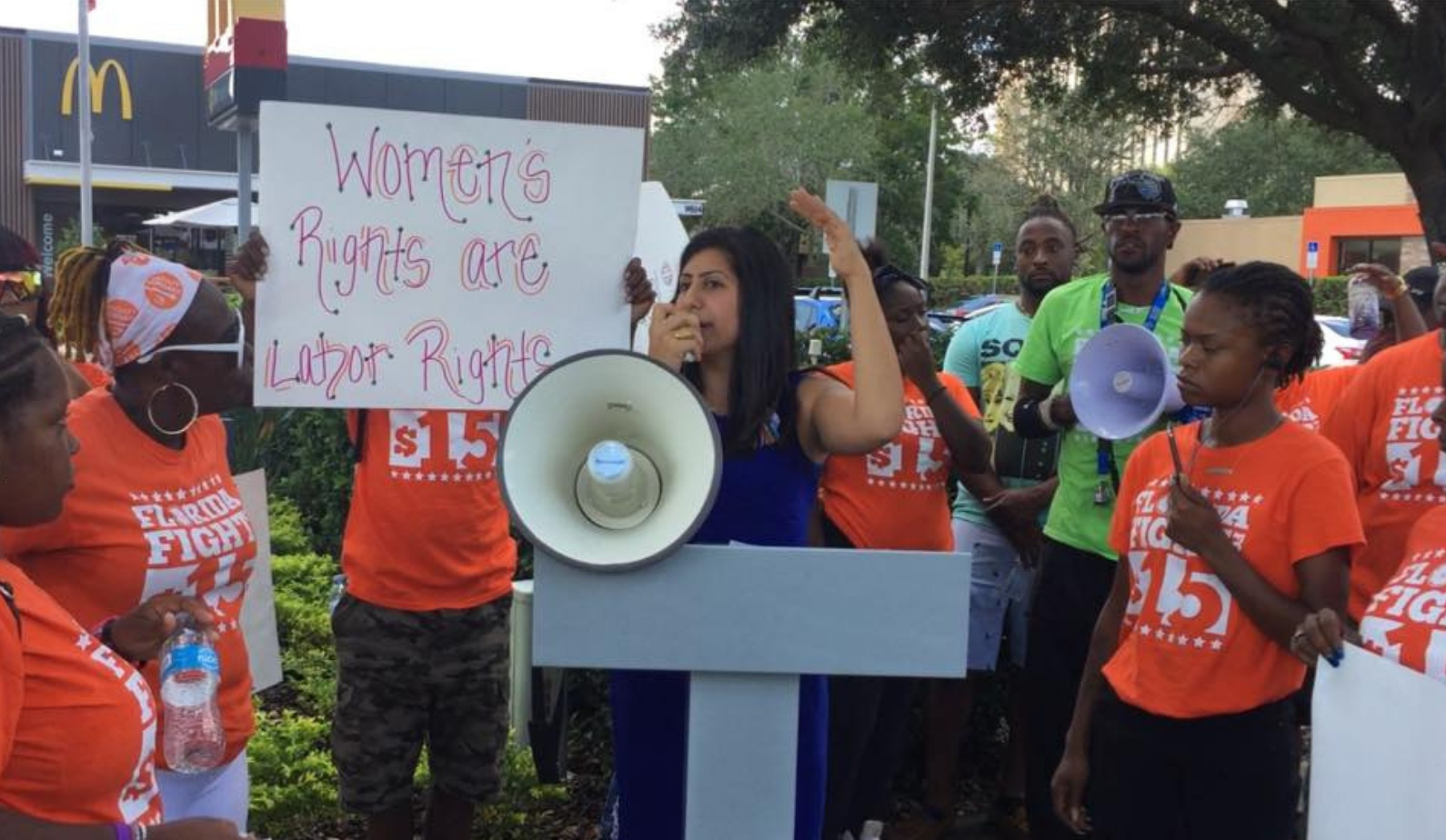 McDonald’s workers and their supporters in ten major cities protested the company’s lack of action in reducing workplace sexual assault and harassment.

Orlando is one of those ten major cities, and Anna not only attended today’s rally but she was also a speaker. Below is her statement on the issue, and attached is a photo for use:

“A 2016 survey found 40 percent of women in the fast-food industry say they’ve encountered unwanted sexual behavior at work, including suggestive comments and groping. McDonald’s is America’s largest fast-food chain and one of the country’s biggest employers. McDonald’s has an opportunity to be a leader on reducing sexual assault and harassment, and if they take action now, other companies will too.”

Anna’s mom actually once worked at McDonald’s, making these issues even more personal for her. She added:

“We have seen a sudden undeniable shift in how we tolerate sexual harassment, and as we watch some of the most famous names get called out for their abusive behavior — including most recently Judge Brett Kavanaugh– we must not forget the everyday occurrences of harassment that takes place in offices, hotels, farms, restaurants, and college campuses across the nation.”

McDonald’s workers are demanding that the company form a committee made up of workers, representatives from corporate and franchise stores, and leaders of national women’s groups to address sexual harassment.