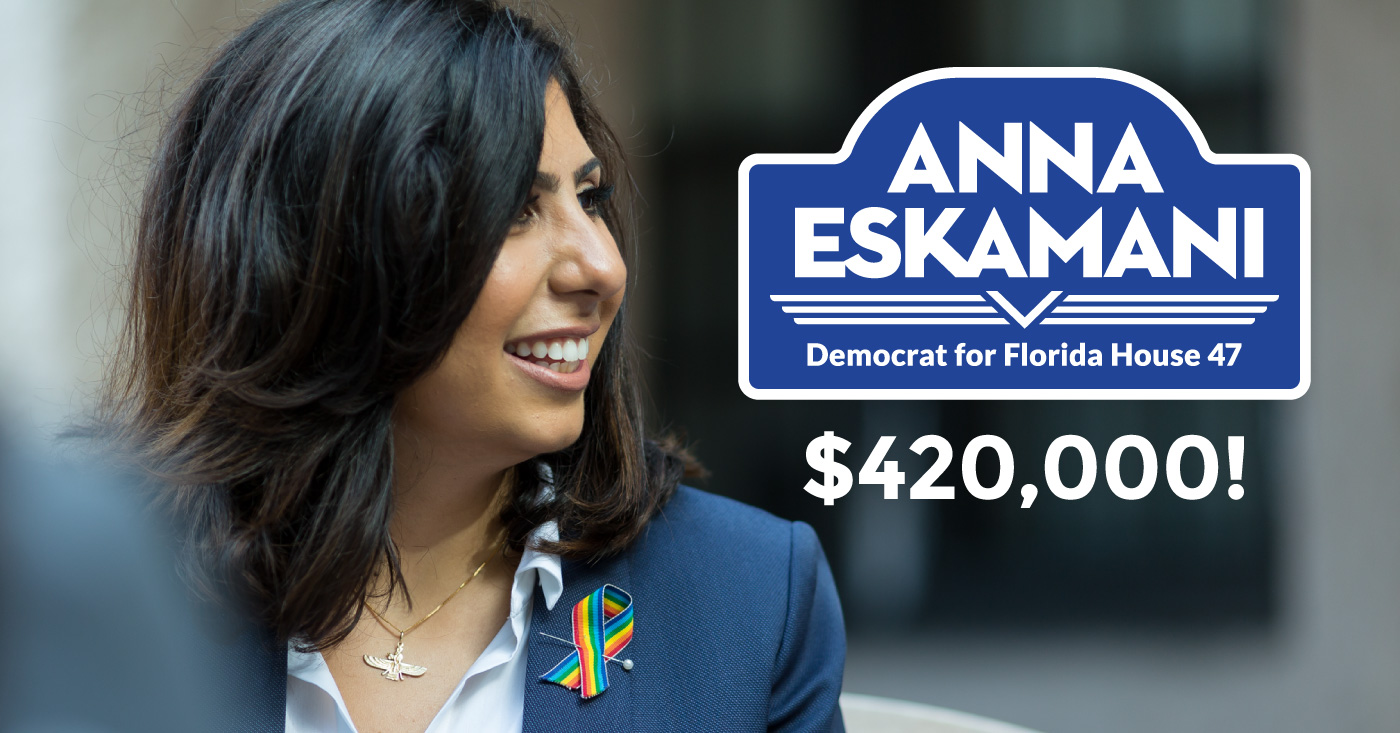 Anna V. Eskamani has reached another campaign milestone in her bid to take back Florida State House District 47.

The first time candidate and 28 year old Orlando native has raised $421,538 from over 2,000 individual donations. This total is the combination of $350,688 raised through her campaign account, and $70,850 through her Political Committee People Power for Florida. The average gift size in her campaign account is $120, and Anna has accepted no money from fossil fuel companies or Big Sugar. With several events already planned, and about six weeks to go, Anna shows no signs of slowing down in her fundraising efforts either.

“Our campaign offers a compelling vision for the people of House District 47 and for Floridians across the state,” said Anna. “We want a world where everyone wins– where business owners, managers, entrepreneurs, and workers can live in harmony and each achieve the American Dream. Where public schools are valued, the environment protected, gun violence reduced, and health care accessible to all.  I am thrilled to have raised more than $420,000 in our bid to serve House District 47 and am honored that our donations include gifts from Democrats, Republicans, and from those with no major party affiliation.”

In addition to her effective fundraising, Anna’s team has also knocked on more than 22,000 doors. Last Friday Anna debated for the first time her Republican opponent. Despite his efforts to attack her character through mail, Anna continued to shine.