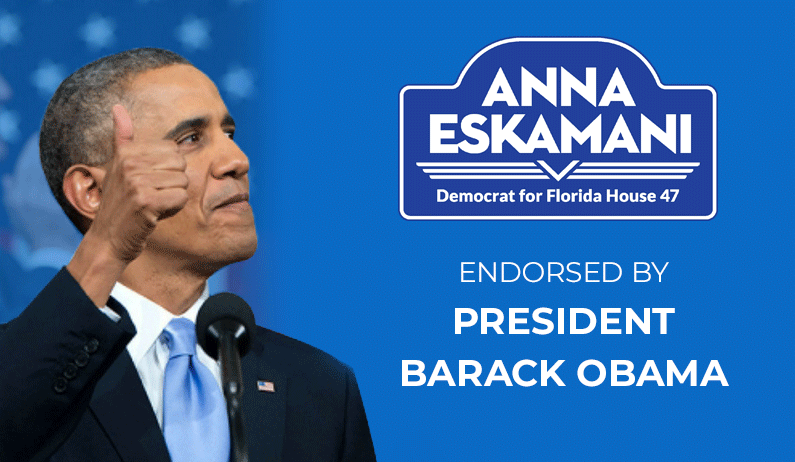 As a former state legislator himself, President Obama recognizes the importance of electing strong leaders at the state level. 2008 was also the first election that I ever voted in, and our 44th President inspires me each day to be a compassionate and bold leader for our community, and to fight for Florida’s hard working families.

This distinction is a big deal, and will only fuel our fire to win in November. Make a gift today to help celebrate this major endorsement, and consider joining our movement as a volunteer too!

“I want to be clear: We expect Iran to compensate these families," Trudeau told reporters at a news conference in Ottawa. "But I have met them (the families). They can't wait weeks. They need support now." #IranPlaneCrash https://www.cnn.com/2020/01/17/americas/canada-trudeau-plane-crash-iran/index.html

@AnnaForFlorida @RepValDemings My state house rep and my US rep. I sleep better each night knowing you two are representing all of us!! 💙🌈