How Florida is Funded, and What Can We Do To Make It Better 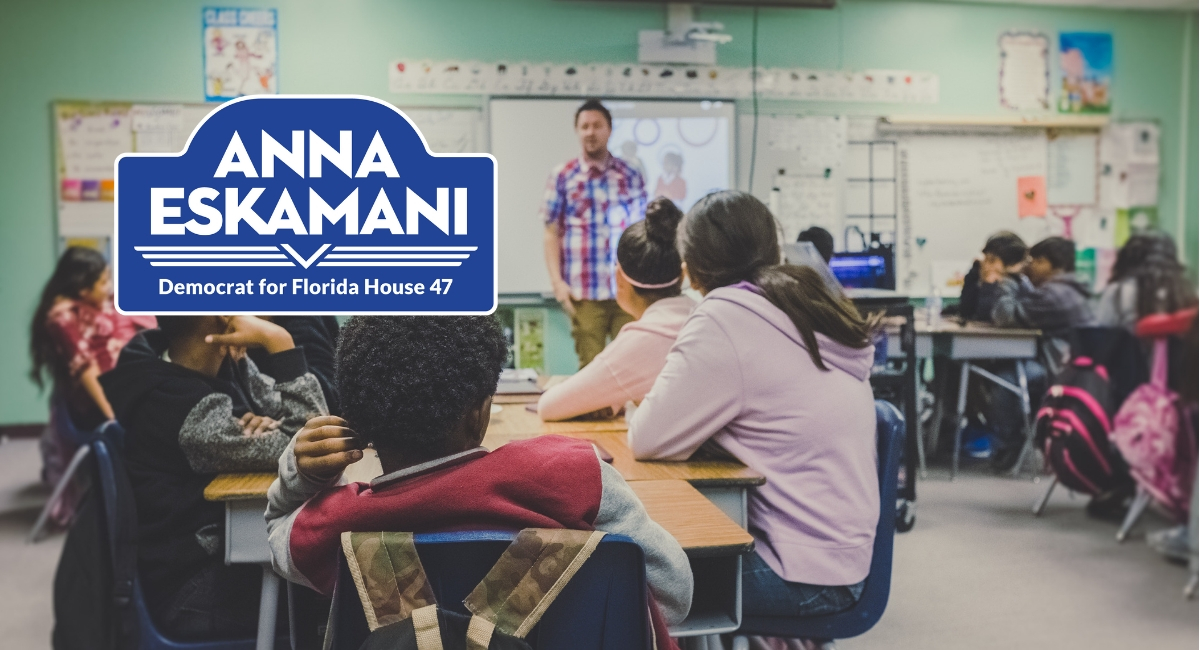 For decades Democrats have been pegged as big spenders. The party of “free stuff” and tax hikes.

I’m twenty-eight years old. My perceptions are likely different because of my age. My optimism strong, my sense of responsibility real, and my hope for a future where everyone wins pure.

I have no motives beyond serving the great people of House District 47, and doing so in an ethical and transparent way that holds myself and others accountable. To that point: I will stress that in the Sunshine State, crony capitalism is real, and wasteful spending quite evident. This is true under the 24 year long leadership of the Republican Party– not Democrats.

I don’t blame government for wasteful spending, I don’t even blame party. I blame policy makers who often prioritize personal political agendas over the needs of their community’s health and well-being. Politicians are often more concerned about their re-election bid versus analyzing and evaluating policy that they’ve passed, to actually witness the impact (or lack thereof).

There are important roles for government to play, but it must always be done in conjunction with our business community, nonprofits, and I would even add institutions of faith. These are sectors of our society that understand local needs better than any politician can, and without their insight you are operating in a vacuum that doesn’t exist.

With all that said and done, there are absolutely deep funding needs in Florida. This includes (but it is not limited to):

Our budget is funded by three sources:

For the last legislative session, this brought us to a total budget of $89 billion. Health and human services received 41%, and education received 30% of total spending. Natural resources, environment, growth management and transportation received 17%. The remaining 12% is shared among other priorities.

Florida is known to be a low-tax state. It’s one reason why people like to call Florida home. And though we may be low-tax, we’re also low-benefit: Florida ranks 49th in the nation for state and local tax fairness. Our state has no income tax and our governments rely heavily on sales and property taxes to support their operations. As a result, families in the lowest 20 percent income bracket are paying the highest effective tax rate among all income groups.

So what can we do about it? What steps can we take to support the programs that we need while spending the public’s dollar more wisely? Here is what I suggest:

Ultimately there is a conversation to be had around Florida’s corporate income tax, with Andrew Gillum’s centerpiece economic proposal being to raise Florida’s corporate income sales tax rate from 5.5 percent to 7.75 percent, with the goal of generating $1 billion to be funneled into education. The state corporate tax currently generates about $2.5 billion a year. Most businesses, however, are exempt from paying any tax because the state exempts the first $50,000 in taxable income. Gillum’s campaign said he would keep that exemption to protect small businesses, but said he wants to close loopholes that allow other corporations to avoid paying taxes.

I think that’s a conversation worth having, but ultimately my decisions around Florida’s budget are grounded in what’s possible, and what the needs of our district and region are. Keeping our state low-tax is important, but ensuring it’s not low-benefit for hardworking Florida families is important too, alongside holding those who exploit our systems (special interests included) accountable.

I look forward to diving deep into these conversations with you. Please do not hesitate to email me at anna@annaforflorida.com to share your thoughts.