Republican Stockton Reeves Is Everything Wrong with Politics Today 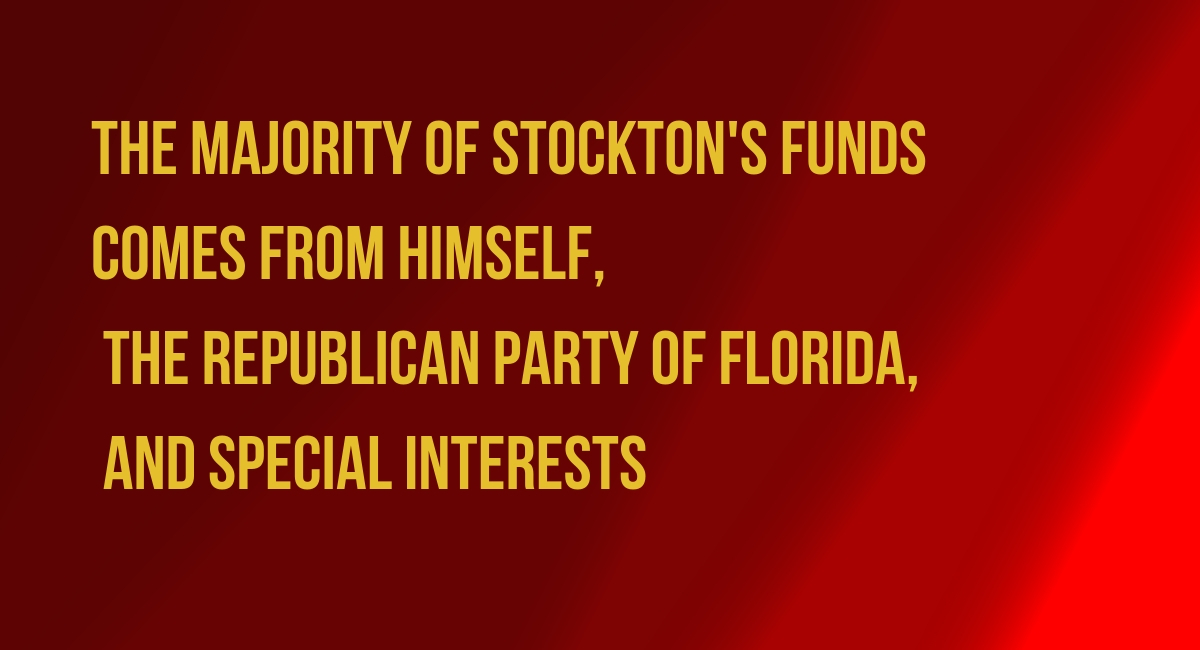 Majority of his Campaign is Funded by Himself, the Republican Party of Florida, and Special Interests

Orlando, FL–  Republican Candidate Stockton Reeves alongside the Republican Party of Florida have stated through mail and television attack ads that Anna V. Eskamani is “everything wrong with politics today.”

In reality, the opposite is true.

The majority of Stockton’s financial backing comes from himself, the Republican Party of Florida, and special interests. This equates to a total of at least $184,900, with just $42,316 coming from others. (see attachment)

In a recent NBC/WSJ poll, Democrats and Republicans were equally concerned about “reducing the influence of special interests and corruption in Washington.” Anna asserts that this same attitude applies to Tallahassee too.

“The majority of Stockton’s campaign is funded by himself, the Republican Party of Florida and special interests,” said Anna. “We should remember that my opponent’s largest contributor is the same political party who slashed funding for affordable housing, stripped away resources for environmental conservation, and never expanded Medicaid. It’s no wonder Stockton is so focused on smearing me with superficial attacks versus actually talking about the issues that matter most to Central Floridians. He’s been bought out by special interests, and we don’t need another political insider like Stockton Reeves in Tallahassee.”

In deep contrast, Anna is running a grassroots campaign focused on people. Some of her most generous donors are constituents of House District 47, and in total her campaign account has raised more than $394,000 from 3,793 unique contributions, with an average gift size of $104.

Her team has also knocked on nearly 26,000 doors, and yesterday Team Anna alongside members of Stephanie Murphy’s congressional campaign, hosted a neighborhood canvass with more than 75 volunteers.

Today Anna released a new ad for television titled, Why Are They Afraid? In it she speaks directly to the camera and unpacks why political insiders like Stockton Reeves and the special interests who back him are so afraid of her.

“Political insiders should be afraid of me, because I won’t stop fighting for working families,” concluded Anna.

Did you catch Anna’s debate with Stockton Reeves? She shined, and called out Stockton for his close ties to special interests. You can watch the full debate here.