Anna V. Eskamani Calls Out Republican Party of Florida and Her Opponent for their Lies 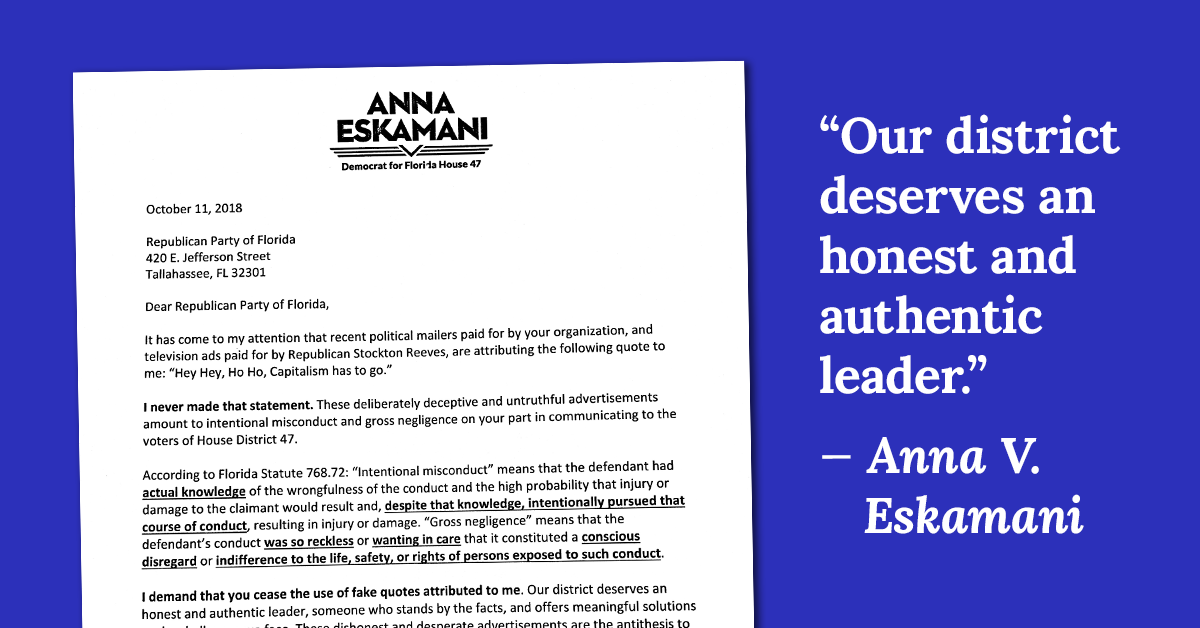 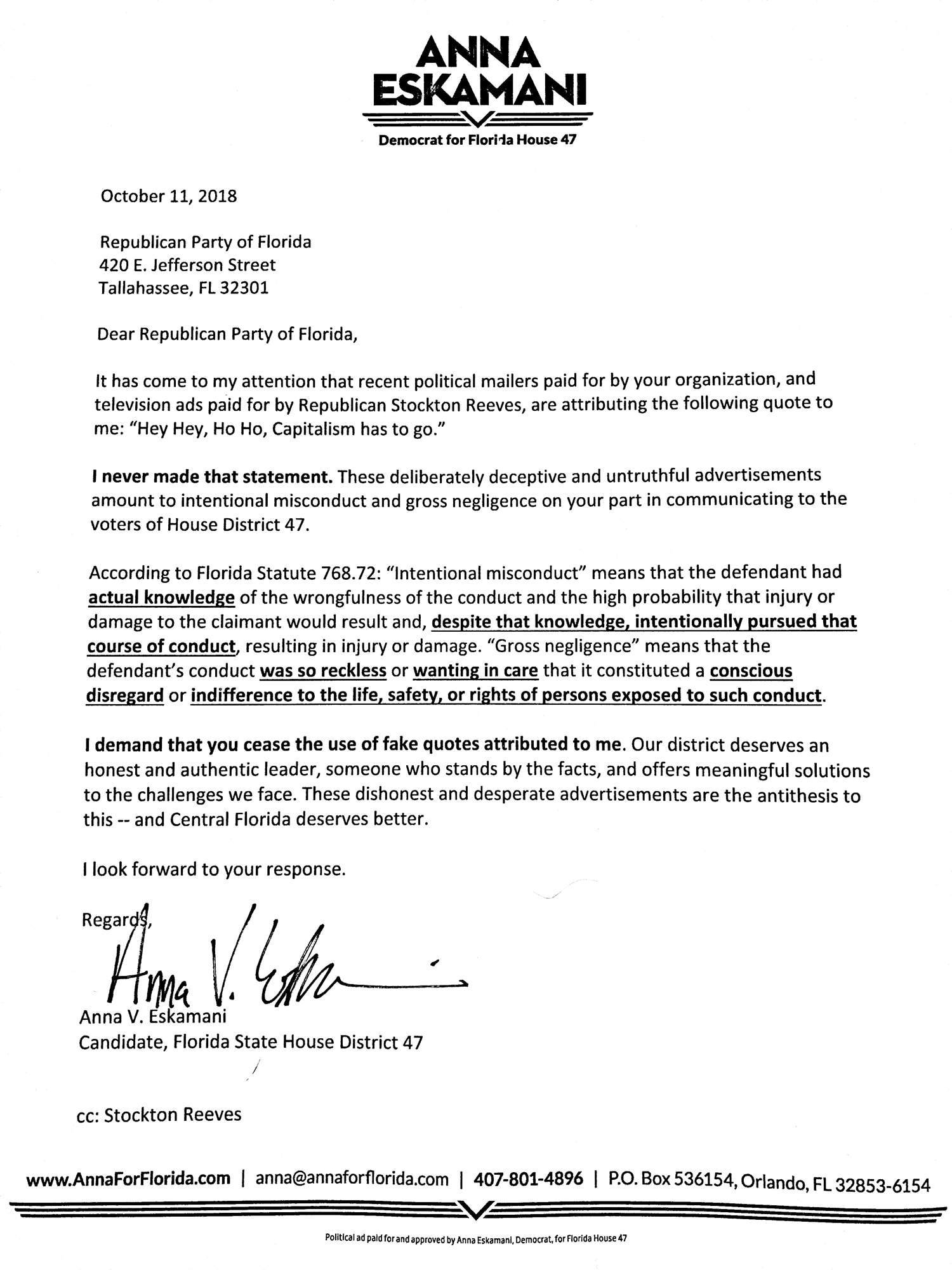 Orlando, FL–  Democratic candidate Anna V. Eskamani has sent a letter to the Republican Party of Florida and Stockton Reeves, calling out their deceptive and untruthful advertisements, and demanding that they cease the attribution of fake quotes to her.

“When you can’t win on the issues, all you can do is lie,” said Anna. “Our district deserves an honest and authentic leader, someone who stands by the facts, and offers meaningful solutions to the challenges we use. It is my job to hold people accountable, and we don’t need more bought-out political insiders like Stockton Reeves in Tallahassee.”

Her full letter is here, and the text is included below for your convenience.

It has come to my attention that recent political mailers paid for by your organization, and television ads paid for by Republican Stockton Reeves, are attributing the following quote to me: “Hey Hey, Ho Ho, Capitalism has to go.”

I never made that statement. These deliberately deceptive and untruthful advertisements amount to intentional misconduct and gross negligence on your part in communicating to the voters of House District 47.

According to Florida Statute 768.72: “Intentional misconduct” means that the defendant had actual knowledge of the wrongfulness of the conduct and the high probability that injury or damage to the claimant would result and, despite that knowledge, intentionally pursued that course of conduct, resulting in injury or damage. “Gross negligence” means that the defendant’s conduct was so reckless or wanting in care that it constituted a conscious disregard or indifference to the life, safety, or rights of persons exposed to such conduct.

I demand that you cease the use of fake quotes attributed to me. Our district deserves an honest and authentic leader, someone who stands by the facts, and offers meaningful solutions to the challenges we face. These dishonest and desperate advertisements are the antithesis to this — and Central Florida deserves better.

I look forward to your response.