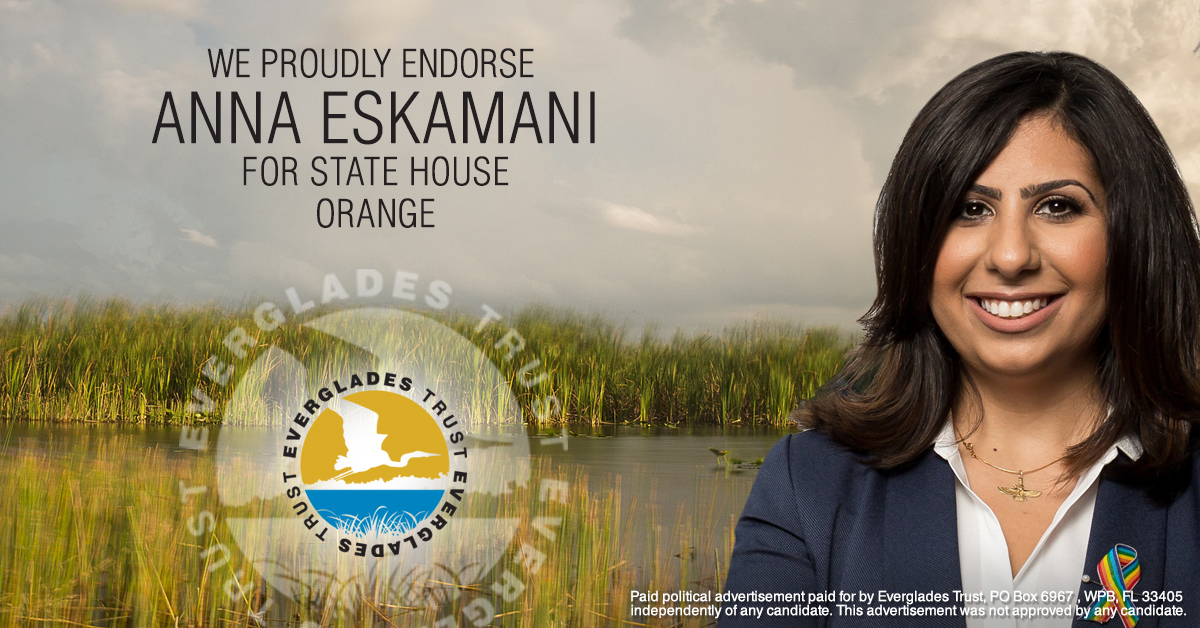 “After careful consideration, Everglades Trust is proud to give you our endorsement for your election efforts,” said Executive Director Kimberly Mitchell. “Each part of our state is unique and important, but as one of the most unique ecosystems on the planet, as well as the source of drinking water for one out of three Floridians, the Everglades, Florida Bay and the northern estuaries are especially vital to keeping the state’s engine running. On behalf of the Trust’s board, I thank you for stepping up to serve and for your care of America’s Everglades.”

Anna added the following statement to celebrate her latest endorsement:

“I am honored to have the support of the Everglades Trust. I am a candidate who believes firmly in science and walks the talk when it comes to environmental protection, conservation, and sustainability. I will do my part to hold polluters accountable, support smart planning, and protect our natural resources– always.”