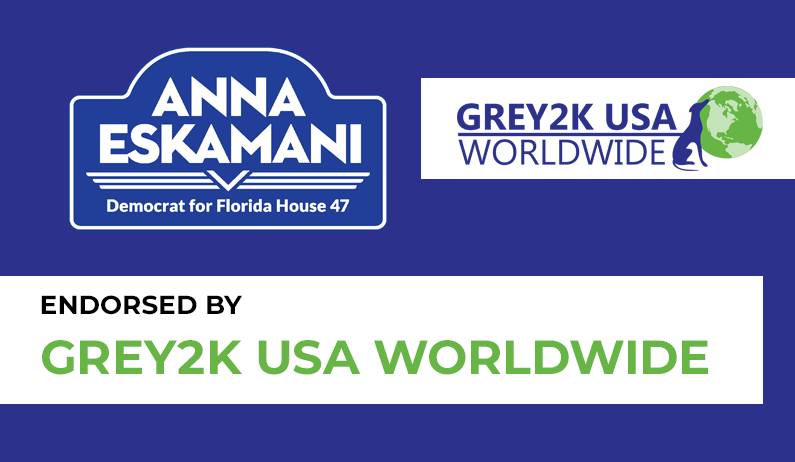 “If you live in Central Florida, be sure to vote for @AnnaForFlorida in HD47. She cares deeply about the greyhounds, and will be a champion for them in Tallahassee!,” the organization tweeted early Thursday afternoon.

GREY2K USA WorldWide is an American non-profit organization dedicated to passing stronger greyhound protection laws and ending dog racing. It was founded in March 2001 as Grey2K and changed its name in 2013 to reflect an international focus.

Anna provided the following statement to celebrate this latest endorsement:

“GREY2K USA WorldWide has been paving the way to protect our dogs in Florida and across the world,” said Anna. “As an animal lover and advocate to end the cruel industry of greyhound racing, I am honored to have their endorsement and to be noted as a champion for greyhounds.”

Anna is a longtime advocate for Florida’s pets and wildlife, and a vegetarian in her personal life too.