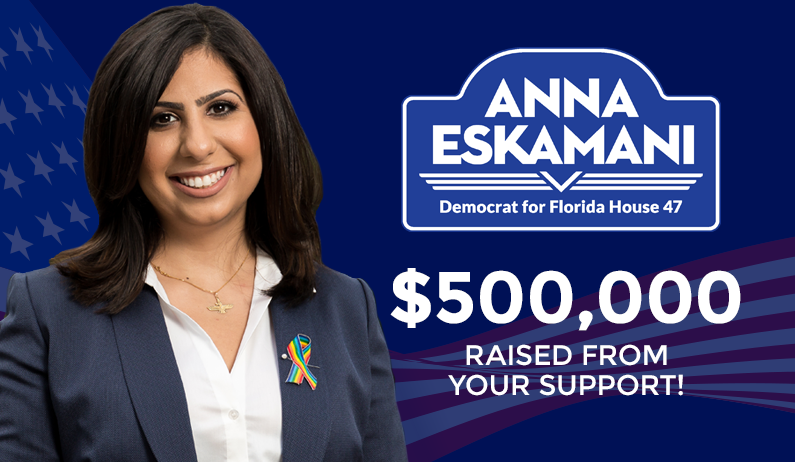 Anna V. Eskamani has reached another campaign milestone in her bid to serve the people of Florida State House District 47.

The first time candidate and 28 year old Orlando native has raised $500,000 from over 4,000 individual donations. This total is the combination of $426,891 raised through her campaign account, and $73,850 through her Political Committee People Power for Florida. The average gift size in her campaign account is $104, and Anna has accepted no money from fossil fuel companies or Big Sugar.

“Our campaign is fueled by everyday people — Democrats, Republicans, and those with no party affiliation — who are ready to redefine politics in Florida, and elect a first time candidate that is vocal, authentic, and effective. We offer a compelling vision for the future of our state, one that is grounded in our passion for public education, environmental protection, health care access, and gun safety. As a first time candidate with no personal wealth, I am thrilled to have raised $500,000 and will continue to do my part in creating community, building leaders, and facilitating meaningful change.”

In addition to her fundraising success, Anna’s team has knocked on more than 31,000 doors in House District 47, all with the help of 400+ volunteers. She has also earned the endorsement of more than 70 individuals and organizations.