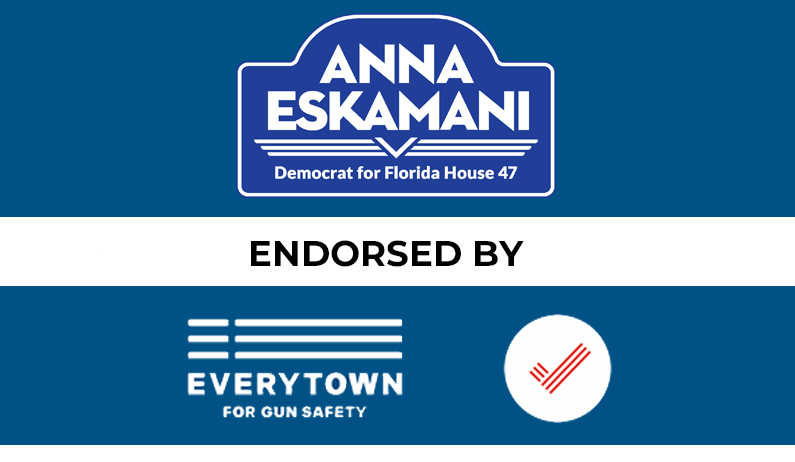 Orlando, FL– Anna V. Eskamani has been endorsed by Everytown for Gun Safety Action Fund. The group endorsed more than 60 State Legislative Candidates across the country, and you can view their full press release here.

Anna had the following to add to celebrate what is her 79th endorsement:

“As a longtime gun safety advocate, I am honored to receive the endorsement of Everytown for Gun Safety Action Fund. House District 47 is home to Pulse nightclub, and everyday we lose 96 people to gun violence. This includes deaths by suicide and accidental deaths. For the first time in a long time, Florida has a chance to elect a gun safety majority to the state legislature, and it’s time we elect people who are courageous enough to take on the NRA, push for meaningful mental health funding, and be unapologetic when it comes to passing proactive gun safety legislation.”

Anna’s Republican opponent has received an “A” rating from the National Rifle Association.