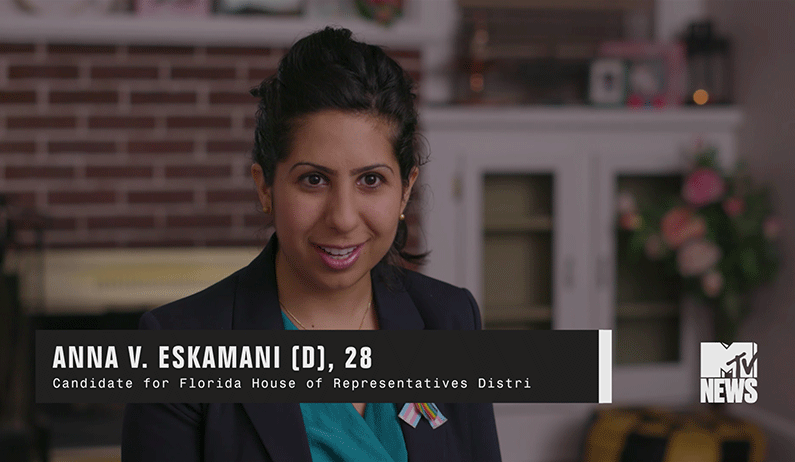 Orlando, FL– Anna V. Eskamani is featured in a MTV News series about young candidates and their perspectives of controversial issues. In this latest episode, guns are the subject of discussion, and Anna is highlighted alongside a 26-year-old incumbent Representative from North Carolina.

You can watch the full segment at this link and below, and hear Anna share her perspectives on gun safety legislation, which includes not arming teachers and providing meaningful mental health resources. She even speaks to her support of having armed security at our public schools, a policy that her opponent has accused her of not supporting through slanderous mail and television ads.

Anna has attracted a great deal of national press, and just yesterday a Vice News trailer was released for a four part documentary that includes Anna. It is called She’s Running, and the episodes will be released on October 29th.