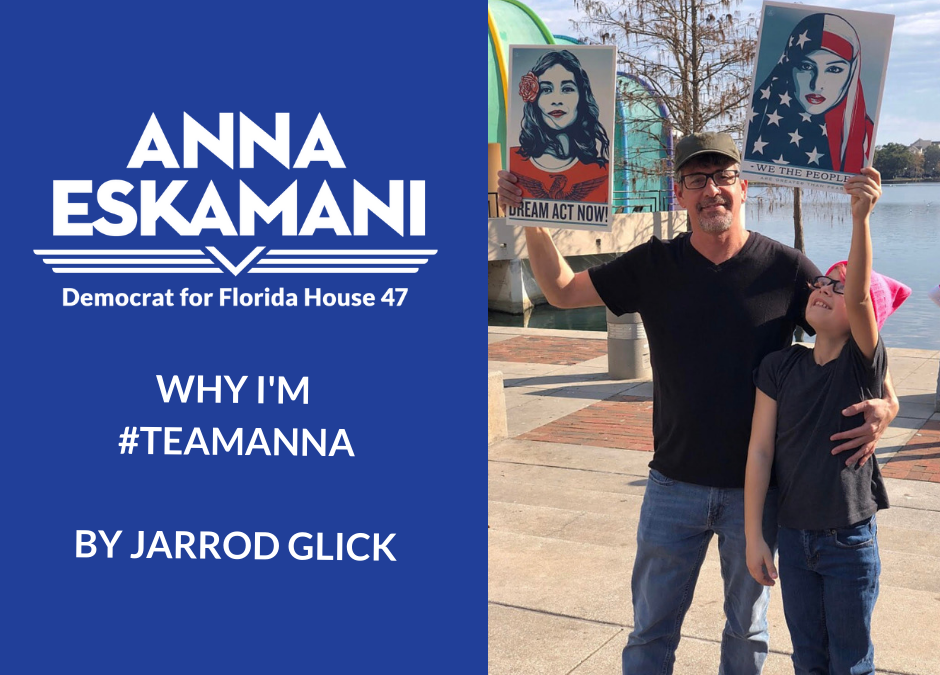 We recently connected with District 47 voters who are #TeamAnna and asked them to share their story. Behold the faces, voices, and values that we will proudly represent, locally and in Tallahassee, including Winter Park’s Jarrod Glick.

Team Anna (TA): What has brought you and kept you in District 47?

JG: I moved to D47 (Winter Park) when my son was old enough for public school.

TA: How did you learn about Anna’s campaign?

JG: I literally heard of Anna before I knew about her campaign [from] the Women’s March, and then again at March for our Lives.

TA: What issues mean the most to you during this election season?

JG: All of them! Equality, Education, Gun Laws….

TA: Why are you voting for Anna in this year’s mid-term elections?

JG: My son and I have always been political, but I wanted him to learn that it doesn’t start with the president. Anna stands up for everything we believe in, so what a great way for a 10-year-old to learn about local politics.