Our Favorite Moments From 2018

The holidays are a time for reflection and gratitude, and we are thankful to have so many moments that made this year so memorable. In no particular order, here are our top 18 moments of 2018

No. 18: Following the Parkland shooting, tens of thousands came together at Lake Eola to rally for common sense gun safety legislation. Today we continue that fight, and have plans to support and introduce legislation that will reduce gun violence and improve public safety. 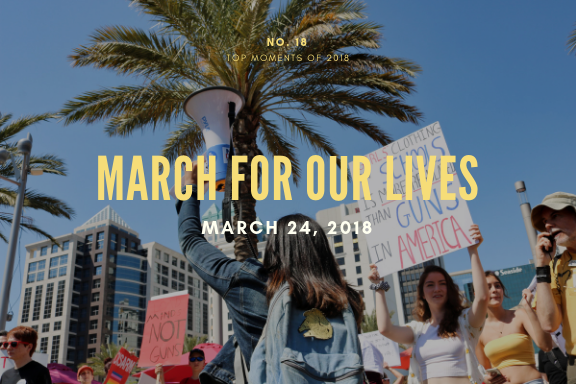 No. 17: This October, we were excited to announce the support and solidarity of our 44th President, Barack Obama. As a wise man once said, “yes we can.” (and yes we did!) 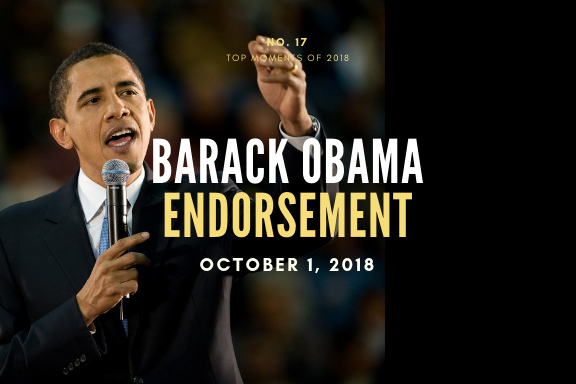 No. 16: Having recently sued our fake primary opponent for illegitimate paperwork, Orlando Weekly seized the opportunity this summer to award me the title of “Shrewd Queen,” a label I’ve since worn with pride (minus the crown). 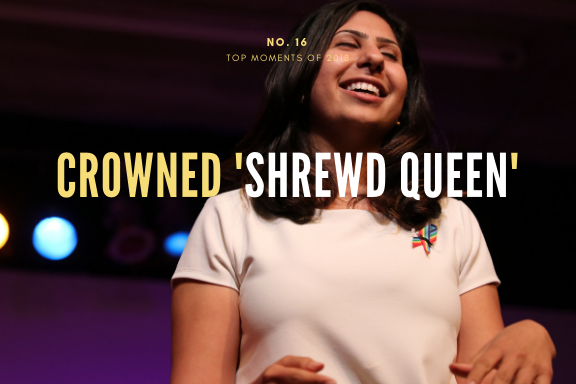 No. 15: Who knew a girl in a leather jacket and aviators could cause such a scene? The Republican Party of Florida tried their darnest to impact our credibility in a series of hilarious mailers (including an infamous, photoshopped hammer!), but instead they touted our unapologetic stances and chic fashion sense. 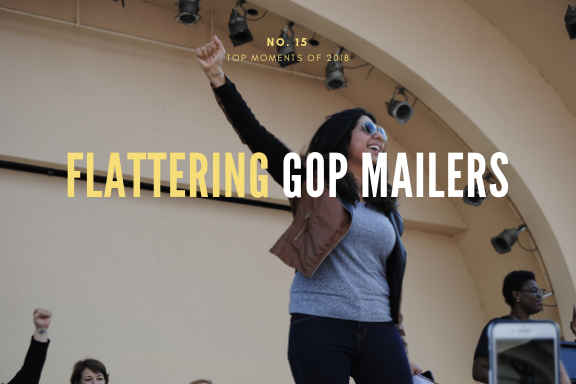 No. 14: Everything I do is in honor of my mom, who passed away to cancer when I was 13 years old. Thank you for giving me the space, time, and love to share her with you, too. Each day, we honor those who are no longer with us through action. 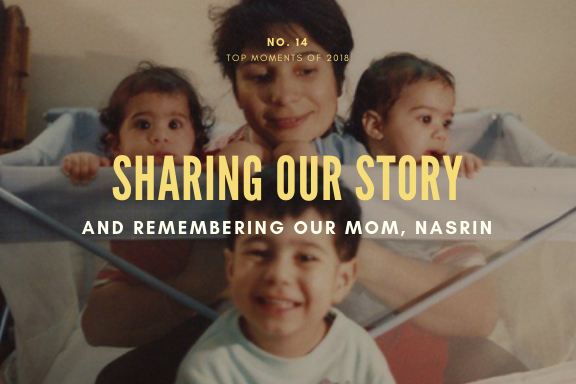 No. 13: On Election Night, we won and FLIPPED State House District 47 by a landslide, and we could not have done it without every donor, door knocker, and voter that shared our platform and our values. Onward! 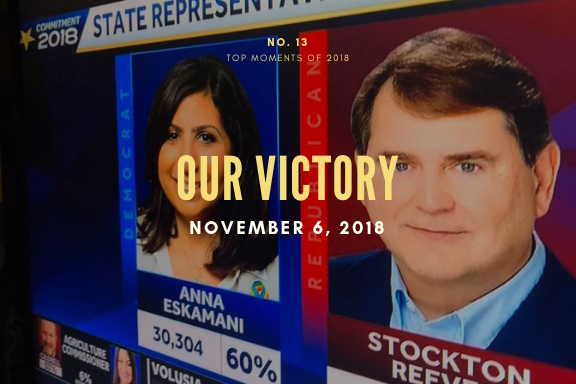 No. 12: In January, I became #AnnaTheAvenger when TIME magazine chose to showcase our campaign alongside hundreds of show-stopping women who were running for office, shifting the status quo. I’d say we gave Marvel a run for their money. 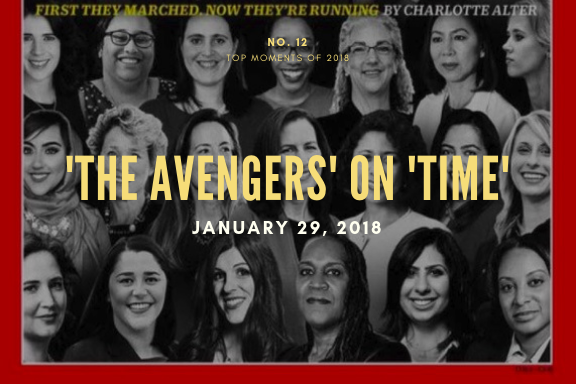 No. 11: Elections should never be popularity contests; they should be platforms for informed, skilled candidates to represent the communities they know and love. During our debate at the Winter Park Chamber of Commerce, we demonstrated all of the above! 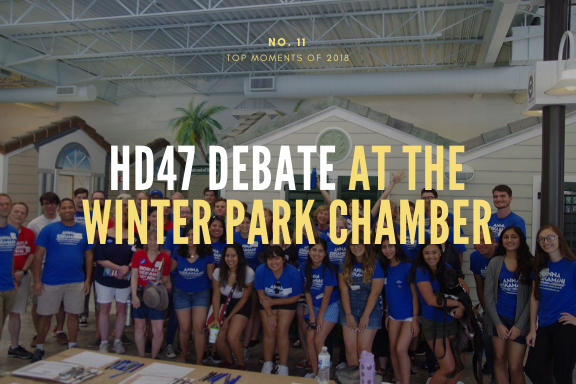 No. 10: Yes, we felt the Bern! U.S. Senator Bernie Sanders supported our race and gave an endorsement this fall to a handful of progressive Florida campaigns, including ours. Our campaign earned over 75 endorsements in total. 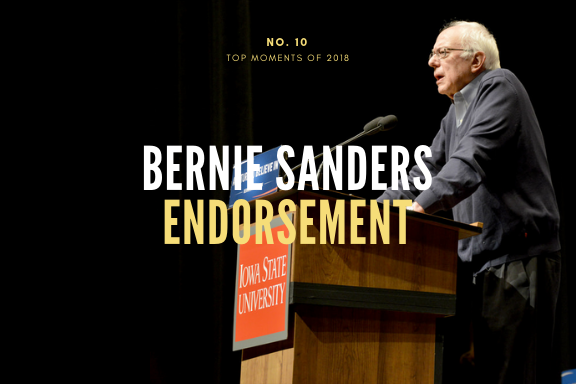 No. 9: Seeing double? Apparently, you weren’t the only one. This spring, Facebook locked my account and our campaign page after an anonymous user reported me for “impersonating Ida Eskamani,” who is my twin sister. Nice try. 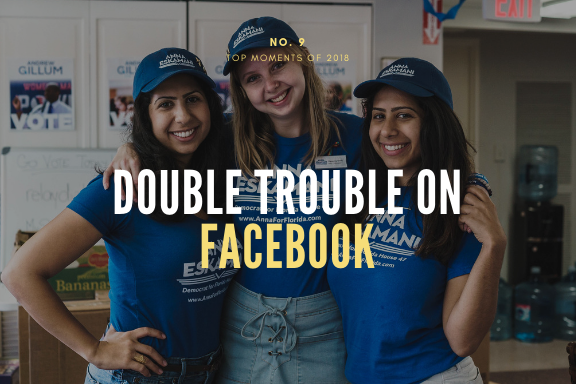 No. 8: The next generation of leadership is here! Passionate, committed, and articulate, youth across Florida are ready to challenge the status quo. For over a year, our campaign was proud to support them and to serve as a platform for young voices to be heard while driving change and building an intergenerational movement that leaves no one behind. 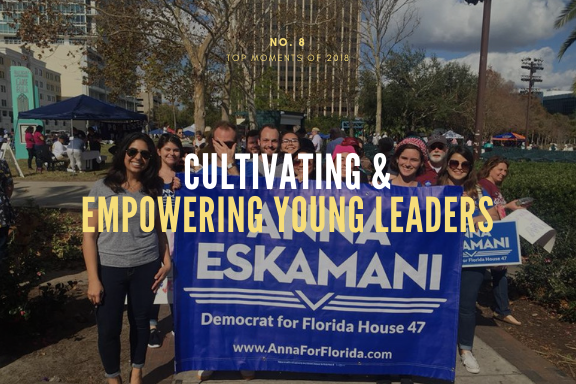 No. 7: When one door closes, another one opens…right into the Florida House! Honored and excited to be serving as your official State House Representative. We are ready to shake things up in Tallahassee, and push for meaningful policy that will positively impact lives. 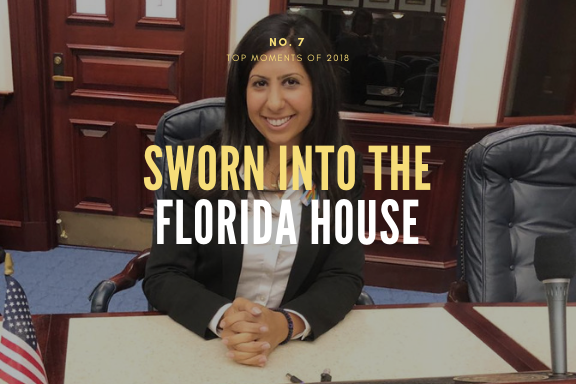 No. 6: You might recall this #ShrewdQueen filing against her fake opponent earlier this year for illegitimate paperwork, but what you may not recall is that our opposition later dropped out of the race, eliminating our fake primary. It was a rollercoaster that made our final victory all the more sweet. 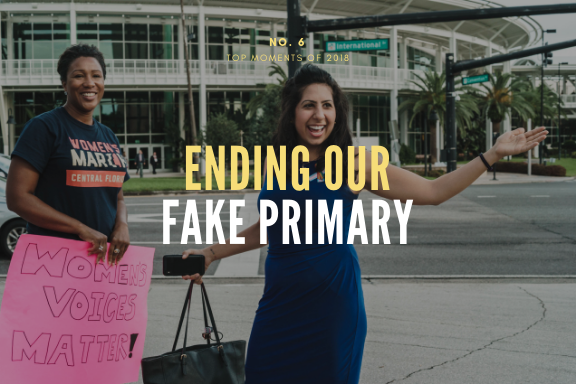 No. 5: As it turns out, our Republican opponent loved to label me as “vulgar and extreme Eskamani.” I guess he had been living under a rock, where women don’t curse and instead prefer to cross-stitch their negative emotions. We clapped back in response. 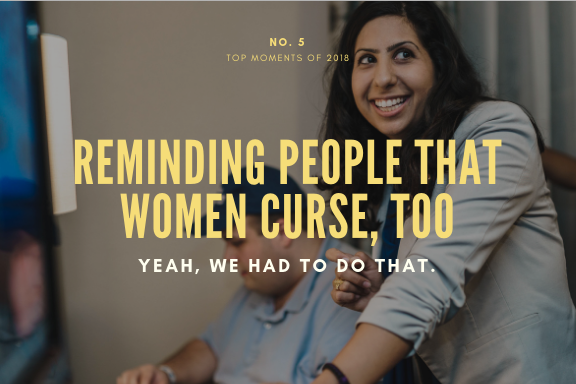 No. 4: I will always stand with our survivors of sexual assault and harassment. I was humbled to support the #MeToo movement this year amid a wave of social change, speaking at a panel hosted at the National Press Club in Washington DC. Policy change for Florida is next. 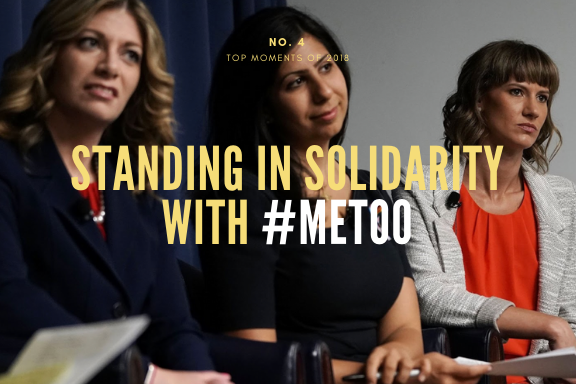 No. 3: Pride filled our community with so much love, warmth, and solidarity this year. As a loud and proud accomplice of the LGBTQ+ community, I will fight for the rights of all Floridians, each and every day, and will work to pass the Competitive Workforce Act. Special thanks to Watermark for recognizing me as one of their most remarkable people, a title that landed us on the front page of their magazine this past week. 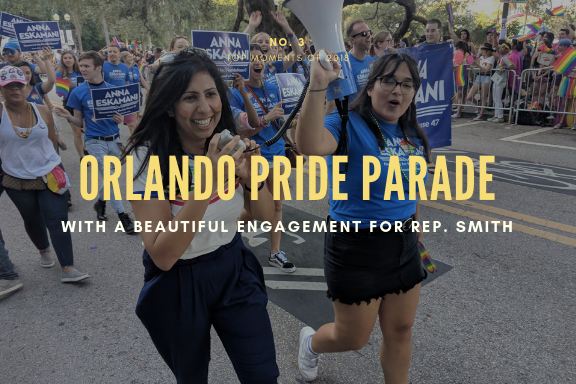 No. 2: The sea of empowered, passionate women at our Orlando Women’s March was a striking testament to the power, beauty, and strength in our community, and how far we can and WILL go together 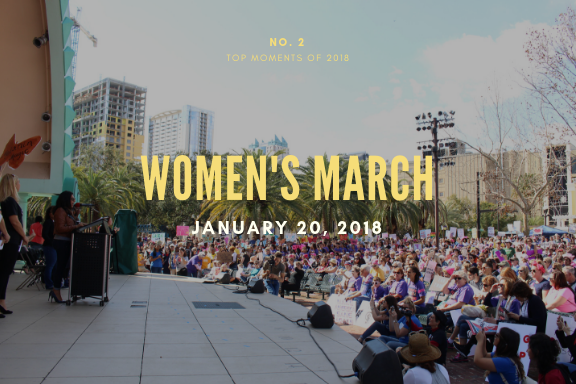 No. 1: Throughout this entire campaign, I’ve found a second family in the constituents of District 47, who’ve invited me into their businesses, hearts, and homes to fight for our future. Every day, I’m committed to enriching their lives and paying forward all the love they’ve given to our movement. Onward, together! 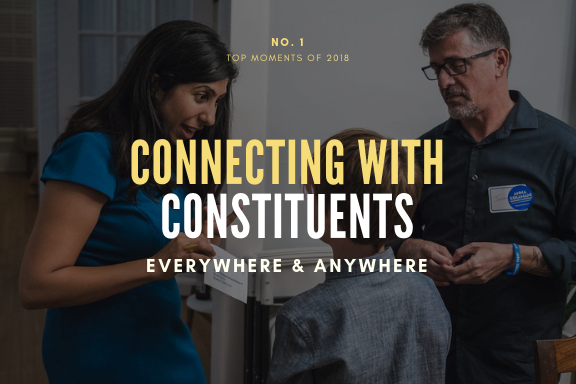 We made history together. I say we because this wasn’t a one-woman show. More than 600 volunteers knocked on 50,000 doors and 4,000 individual donations brought us to a grand total of more than $523,000 raised. We flipped what has been branded as a “swing seat” with a 14-point margin. This work takes a village, and ours is strong. Here’s to the New Year, and fighting for Floridians everywhere.