Fighting for a Safe and Legal Abortion

I’ve committed my life’s purpose to fighting for women and girls– and the fight just got worse.

Alabama, Georgia, Ohio, Missouri and other states have moved forward extreme abortion bans, bans that contain no exceptions for rape or incest, bans that ignore our lived realities as women, bans that strip away our bodily autonomy and free agency.

Every day, women across our country face the deeply personal decision of whether to continue their pregnancy.

Every pregnancy and every woman’s circumstances are different. Instead of respecting a woman’s decision, anti-abortion opponents have resorted to inflammatory, shaming rhetoric, and extreme laws that punish women and criminalize providers.

Florida is no different. A six-week abortion ban and parental consent legislation were both filed this past legslative session, but both failed.

And that’s only because we pushed back — hard.

During session, we joined advocates from across the state for a counter protest against what was an all-male legislative press conference supporting the six-week abortion ban. Thanks to our efforts, that bill never got a hearing. 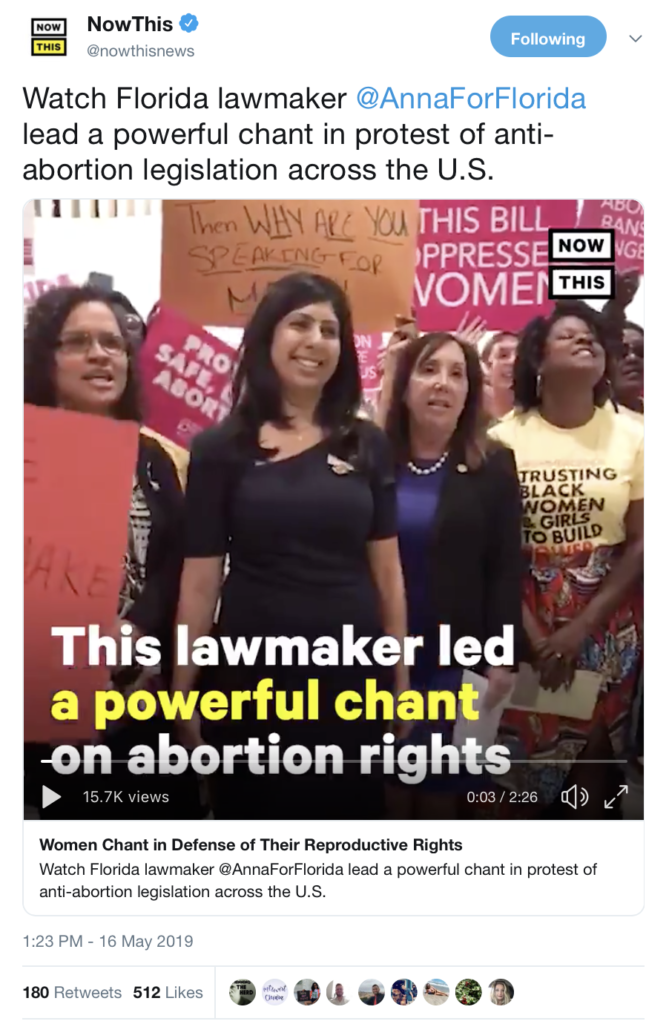 On the House Floor, we asked questions, attempted to amend, and debated the parental consent bill for hours. Ultimately that bill passed the Florida House, but our efforts to amplify the issue and paint the unconstitutionality of such bills stopped it from passing the Senate. 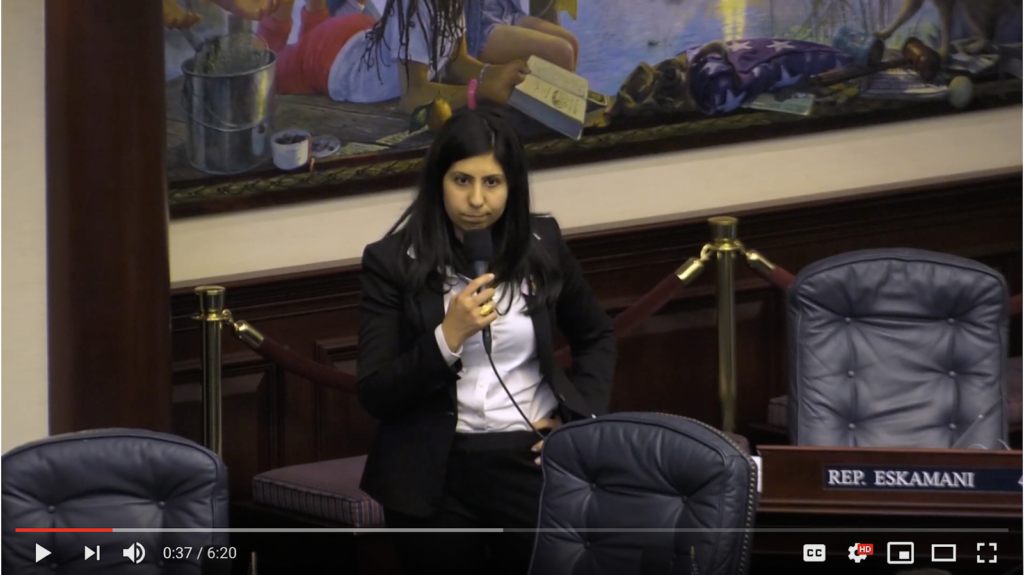 We have been leading the charge to protect access to a safe and legal abortion in Florida, and I want you to know that our resolve has never been more strong; our commitment never more clear.

I know abortion is not always an easy topic for people to talk about. I know that the issue can become quickly partisan, decisive, and stigmatizing.

I also know that seventy-three percent of Americans, including majorities in both parties, do not want to see Roe v. Wade overturned. That the constitutional right to an abortion has made abortion far safer, that most Americans want it to remain legal, and that access to contraception alongside comprehensive sexual health education are both key to reducing the rate of abortion.

One in four American women have had an abortion in this country. No one can know all the reasons why a woman decides to end a pregnancy, but her decision must always remain with her, in consultation with her family and faith — not with politicians.

It took generations of struggle to secure the right to control our own bodies, and we’re not going to let a handful of extreme lawmakers erase that progress and strip us of our most fundamental rights.

But what is it going to take? How do we protect abortion access in our state and country?

It’s important to note that the latest bans are not yet in effect, and all are expected to face lengthy court battles with opponents hoping for these laws to reach the Supreme Court.

That means we need to support legal challenges, while continuing to ensure access to a safe and legal abortion. Consider donating to the ACLU to help defeat these bans in court, make a donation to the National Network of Abortion Funds to combat financial and logistical barriers to accessing an abortion in the south, and volunteer with Planned Parenthood.

Winning elections matters. Holding onto major political wins like ours, while flipping more seats, sends a message to anti-abortion extremists across the nation that attacking women’s rights comes with political consequences.

We’ve launched our 2020 fundraising efforts, and I ask that you make a donation to our campaign, too. Every dollar counts, and every gift to us is a reflection of our strength and unity for women and girls.

This is a crisis, and we are in for the fight of our lives. But I can’t stress enough how grateful I am that we are in this fight together.